Last weekend, five London Cabbies collectively known as “Cabbies Do Kilimanjaro” set off up north to climb Kinder Scout in the Peak District 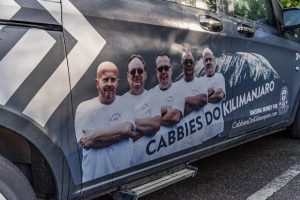 The Cabbies are on a year long mission to lose 25 stones, raise £20,000 for the Taxi Charity and climb Mount Kilimanjaro in Tanzania.

They have already lost 110 pounds and are training really hard for what they know will be an epic challenge.

Last weekend, as part of their training regime they climbed 606 metre Kinder Scout the highest point in the Peak District 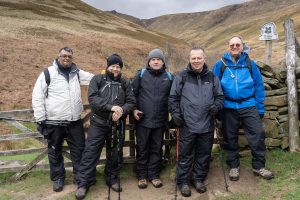 More used to driving around the streets of London with a Costa on every corner, the guys unpacked their waterproofs and boots and set off with their guide, to climb Kinder Scout.

It’s fair to say that the weather wasn’t kind to them – but at least they got to find out just how waterproof their waterproofs were!

Congratulations to team CDK2019 for reaching the summit 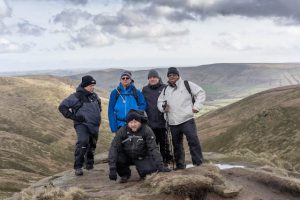 You can sponsor the guys here: https://www.justgiving.com/fundraising/cabbiesdokilimanjaro