As work dries up in London, cabbies are temporarily turning to other work 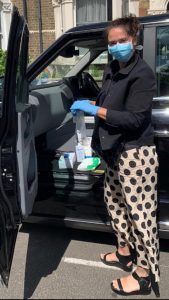 London Cabbie, Lianne Rolls, 46, from Poplar, has been working at Chase Farm Hospital, for the Enfield GP Federation COVID-19 Clinical Assessment Centre delivering Oximeter machines, which monitor patient’s oxygen levels via a video call, taking medication to patients isolating at home and driving Doctors from one surgery to another in her taxi.

Lianne Rolls, London Cabbie, says “I am working 12 hours a day, 5 days a week and some days I can drive up to 150 miles as we cover 27 surgeries in North London. It is a very demanding role emotionally as when I arrive at people’s homes you can see their panic and concern and it has been especially hard when I have had to witness patients being taken to hospital and leaving their loved ones behind. “

Lianne continued, “I have been particularly moved by the sincere gratitude of people and the unfailing level of care the NHS Doctors and Nurses offer despite sometimes working 12 hour shifts for up to two weeks without a break. I am so very proud to be able to do my bit and to be part of such a dedicated team. “

Lianne continued, “I rent my taxi from Paul Byron of HP Taxi Company, and it was his idea to organise the contract work with the NHS. Paul works tirelessly to promote the trade and I would like to thank him for his efforts and for of course organising the work that was much needed for me and several of his other drivers by securing the NHS contract.” 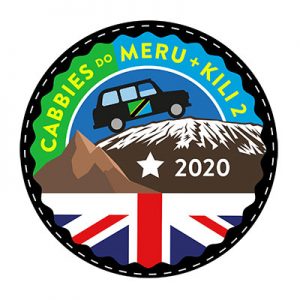 Lianne is a member of the fundraising group of 25 London cabbies called “Cabbies Do Kilimanjaro” who are adapting their training during lockdown to ensure they are fit enough for their attempt to climb Kilimanjaro later this year to raise £7,500 for the London Taxi Drivers Charity for Children, who like most charities across the UK have seen their fundraising opportunities cancelled due to the COVID-19 restrictions

Find out more at www.cabbiesdokilimanjaro.com