A personal account of reaching the top of Kilimanjaro

In September 2018 a group of London Cabbies, including Daren, John and Brian decide on a mammoth challenge to lose weight, get fit, climb Kilimanjaro and raise money for The Taxi Charity www.taxicharity.org

The night had come, the one we had been waiting for.

We had been training for a year, doing our best to get ready for this, trying to reverse a lifetime of bad habits and keep our promise to our loved ones, friends and family. I felt both like a caged animal waiting to be let loose and a condemned lab rat waiting to see if I would pass the experiment.

It was very windy and this made the tent sway and cavort like it have never done before. The poles that held it up were bending and twisting. They send you to bed at 7 pm on summit night to get some sleep before waking you at 11 pm to get ready to start climbing at midnight. Although you are exhausted from the 5 previous days of constant battering and relentless effort you have asked of your body, the lack of sleep catches up with you and makes you feel a bit hazy and not with it . But this was it, our Wembley Cup final, the hallowed turf was just 50 feet away from our tent, we were in the team but the only thing was that we felt like we had already played the ninety minutes plus extra time and penalties before we had even started! 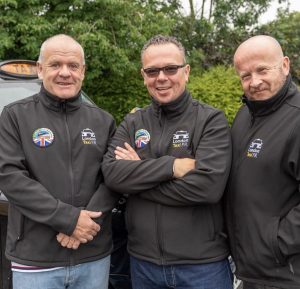 We got the call from the guides, thoughts were rushing through my head, have I got enough layers on, will my water freeze, what happens if my hands get too cold. Too late, now or never ! I undo the zip of the tent, the wind howling round battering everything and anything that wasn’t tied down or attached was gone in seconds. You have to get your game face on now, no messing.

I knew I had to mean it and give it everything because the conditions were so extreme. I knew Kilimanjaro would show no mercy and why should she. If you were going to conquer her, she was going to make you earn it, EVERY STEP !
Pitch black, head torch on, I spoke to my teammates firing them up with encouraging positive words, really listening to myself and pumping myself up too in the process. Butterflies in your stomach and praying to anything or anyone that would listen to just get me through this one PLEASE, I can not fail and will not fail!!!
The organisers pair you up with a summit guide, one to one. Mine was young lady called Alessia about 20 years old with a very slight build. She became my total focus. She would be my pacemaker, decision maker and my ticket to the summit.

Her word was now gospel to me. We walked over the start of the climb,  single file, your head torch lighting up everything you looked at but it’s still weird walking in the dark and it takes a bit of getting used too. I looked up and saw the enormity of our task. Some climbers were already going up. You could see their head torches lighting up the trail. I could not even see the top and the gradient was severe right from the start, ankles bending and boots straining we started.

The wind thankfully had dropped a bit but it was bitterly cold with temperatures of minus 20 degrees. Almost immediately you start to breath deeply, sucking as much freezing air in on each breath as you can. Your brain instinctively knows that your muscles are going to need as much as you can. The pace you walk is very slow, painfully slow but it’s no race. We just had to get there. 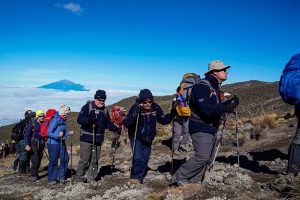 It then becomes a matter of keep going, all you see are the heels of your guide. They advise you not to look up or down, but you know how it is, if someone tells you not to do something! You try see how far you have come and of course how far there is to go. In fact I gave myself a neck ache trying to see up. The angle is so severe you have to strain to see it. But all you can see is worms of lights above, it’s like a great wall of slowing moving lighted worm trails . After about an hour, the plastic tube from my camel back (water sack) had frozen solid, useless, no good. I had another bottle in my rucksack and was praying that had not frozen too.

It was silent , just the noise of shuffling walking boots and the odd burst of song from the guides. How they had the breath to do anything rather than move their feet I will never know . But they are SPECIAL PEOPLE, a different breed to us and when one starts to sing they all join in, the songs rippling up and down the mountain. I think it’s their way of coping and it’s free, they do it with such passion you feel it .
After about three hours we get the message that Brian has turned back. We were gutted for him and I shed a silent tear. Knowing how hard he had worked and how much he wanted to summit . He had done amazing to get where he had . He had given his all.

Kilimanjaro had taken her first victim. We had agreed as a team that if one or more of us dropped out then the remaining climbers would carry on and if one  made it to the summit we all had.

John and I were still together, we hardly spoke, just concentrating on walking and breathing. Brian turning back had shocked us but also made us even more determined to get up this bleeding BIG HILL that was NOT going to beat us .

On and on we went, it felt like it was never going to end.

Sitting and resting every now and then for no longer than a minute trying to force a mars bar down your neck and have a drink of freezing water. I was steadily emptying my tank and was running on empty, yet still quite a way from the top, I was instinctively putting one foot after the other and gritting my teeth. From the look in John’s eyes I knew he was feeling the same. After about five and a half hours of mind numbing climbing, it was getting a bit lighter . I strained my neck again to look up and what my eyes saw gave me a tingle right through my body. I turned to look at John . His eyes had lit up too, it was the top we were nearly there.

We didn’t have enough strength to quicken up our pace but it didn’t matter. The last few steps to Stella Point seemed to take ages. But this is not the summit. It flattens out a bit at the top and you’re greeted with a cup of hot ginger tea to help with the altitude. Well it’s poured out hot but by the time you get your glove off and go to drink it, it’s lukewarm.  I spoke to John and my fears were confirmed. He was as knackered and battered as me.

At this point it’s still another 45 minute climb from here to Uhuru Point, Kilimanjaro’s highest point and summit. Tim,  our friend and photographer wanted to take a photo but I was panicking that the guides would turn us back because we were in such a state. So I said no, let’s just keep going. That last 45 minute climb is the hardest thing I have ever done. We hardly spoke all the way, like 3 Quasimodo dragging our knuckles along, stumbling and tripping over the smallest of obstacles. My body was screaming STOP STOP but my mind and determination just took over. 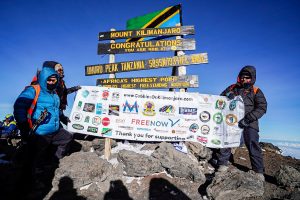 Then we saw the famous Uhuru sign , the sign we had been dreaming about it was here, we were here. We dragged our weary carcasses the last few yards and at 7.07 am on 4 October 2019 we touched the sign. I broke down in tears and blubbered like a baby. All the emotions flooding out of me , the thought of my Grand kids and the picture they had drawn for me, my wife Jackie and all the things she had done to make this possible and all the good wishes, encouragement and faith that people had put in me.

WE HAD DONE IT, a year ago I would have struggled up Shooters Hill and I was standing on TOP OF WORLD. Looking down I could see the curvature of the Earth, clouds, glaciers, the sun was shining and it was a surreal moment that I will never forget.

PUT MONEY IN YOUR WALLET BUT MEMORIES IN YOUR SOUL

Thank you Jackie Parr , my family , my friends , John Patrick Dillane Brian Heffernan, and everyone who encouraged and put faith in us. It’s because of you that we can now cherish these memories for the rest of our lives 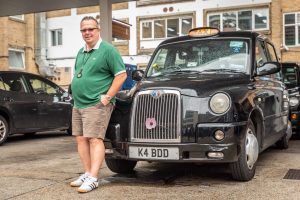