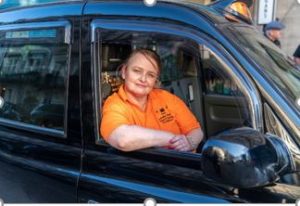 Claire Zazzara, 46, has been a London Cabbie for eight years. At only 4ft and 10 inches she is proud to be London’s shortest cabbie. Over the years she has driving, the sedentary nature of the job has meant that the weight has crept on and now weighing in at 12. 5 stones Claire knew she needed to make a big change to the way she lived her life.

Last year she followed, the progress of a group of London Cabbies called “Cabbies Do Kilimanjaro” who lost over 20 stones and climbed Kilimanjaro. When two of the cabbies from the first challenge sent out a tweet saying that they were looking for cabbies to join them in 2020, Claire knew this was the challenge she needed to kick start her new regime.

Claire Zazzara said, “I am delighted to be part of the Cabbies Do Kilimanjaro fundraising group. I was 7 stone when I started the knowledge and I knew I needed to make a change to my sedentary lifestyle. Conquering a mountain is a daunting task but with the support of my family and the determination that sees me get through London traffic every day, I believe I can make this dream a reality.” 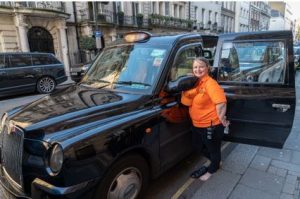 The thirty cabbies who responded to the tweet to join the fundraising group, will be heading to Tanzania in October and are attending Be Military Fit training sessions in their local parks to prepare them for the mammoth six-day ascent of Kilimanjaro. In March the group has signed up to a training weekend in the Peak District to assess how fit they are and to understand more fully the enormity of the challenge ahead. This will be the first in a series of four training weekends that will become progressively harder each time.

Claire continued, “We cannot underestimate the enormity of the challenge we have signed up to.  Together we are supporting the London Taxi Drivers’ Charity for Children which since 1928 has taken over 90,000 special needs and disadvantaged children on days out. We want to raise over £7,500 for them and just like studying for the knowledge… giving up is not an option, we cabbies are a tough bunch.”