Veteran Ray Whitwell enjoyed a flight in a glider on 3 May over the skies of Arnhem where he fought during World War Two. 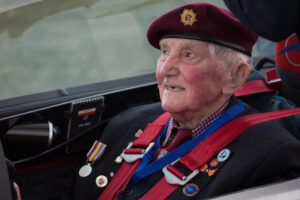 Ray Whitwell, 103, from Malton, North Yorkshire, was delighted when glider pilot Arjan Vrieze offered to take him up in a glider at the Gelderse Gliding Club during his visit to The Netherlands with the Taxi Charity for Dutch Liberation.

Glider pilot Arjan Vrieze said “When Ray visited The Netherlands with the Taxi Charity in March, I was honoured to be invited to take pictures of the trip by the Market Garden Foundation. Over dinner one evening  I asked Ray if he would like a flight in a glider and he jumped at the chance. He was a mere 102 when I asked him in March but now at 103 years old I wonder if he might have set some sort of record as the oldest veteran to go up in a glider?” 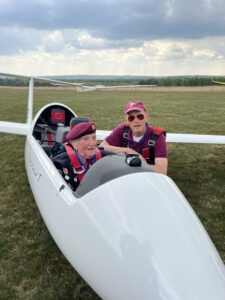 Ray Whitwell said after his flight “It was wonderful, I could see for miles. I loved every minute and was very glad that when we came down it was still 2022 and not 1944!”

Ray Whitwell who served with the Royal Army Service Corps landed in The Netherlands in September 1944 for Operation Market Garden  where more than 600 gliders were towed into battle to secure the Bridge at Arnhem and the planned advance into northern Germany. He says of that time with his usual acerbic sense of humour  “We went nine days without food during Operation Market Garden  and then snipers shot holes in the bucket we were collecting water in.”  One of the lucky ones, he evaded capture as he escaped back over the Rhine to British lines.

As part of the Taxi Charity visit to The Netherlands, Ray and other WWII veterans will be taking part in the Dutch Liberation Parade in Wageningen on Thursday 5 May when the streets will be lined with people cheering and thanking the veterans for giving them their freedom.

Dick Goodwin, Vice President of the Taxi Charity for Military Veterans said, “After not being able to travel to The Netherlands  for two years because of the pandemic it is a pleasure and privilege to have brought 25 veterans in 25 iconic London black taxis for Dutch Liberation this year. It is always moving to see the incredibly special reception the veterans will receive not only during the Liberation Parade but throughout our whole visit.” 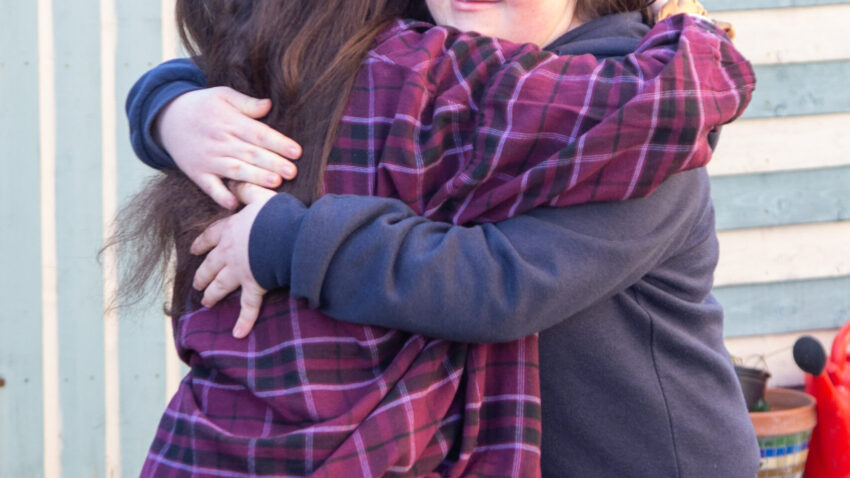 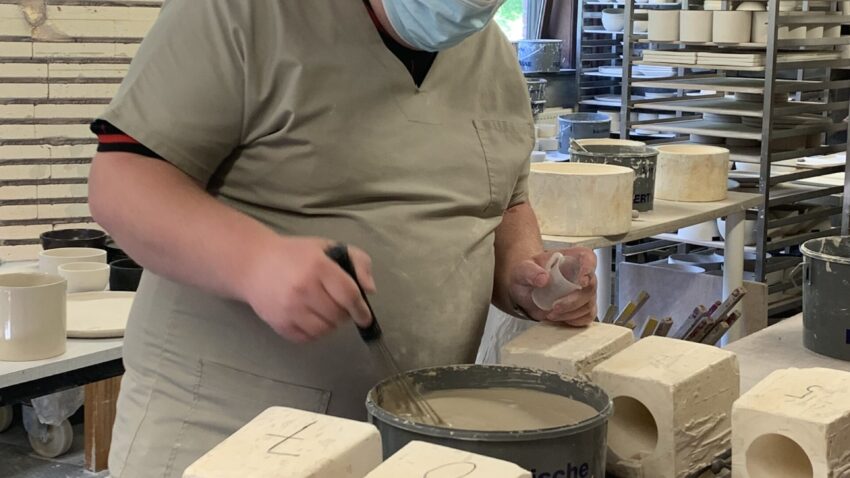