This September two Taxi Charity volunteers plan to cycle 115k across The Netherlands on WWII gearless bikes and then walk 40k to commemorate the battle fought by the allies during Operation Market Garden in 1944. 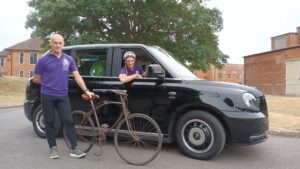 Taxi Charity volunteer’s Chris Willmott and Seb Philp have set themselves an impressive two-day challenge to raise £10k for the Taxi Charity for Military Veterans. 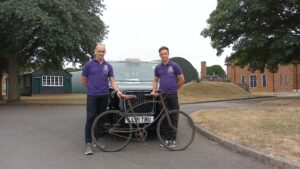 Replicating the route taken by the 1st Airbourne Division  during Operation Market Garden in 1944, their challenge will begin at 6.00am on Friday 2 September when they will cycle 115 kilometres from Bridge no 9 on the Bocholt-Herentals Canal on the Belgian border to the town of Oosterbeek in The Netherlands via Arnhem. Wanting to make the cycle ride as authentic as possible  Chris and Seb will be riding two gearless WWII Airborne folding bicycles generously loaned by the Airborne Museum at Duxford and The Glider Museum at Wolfheze.

The following day, Saturday 3 September at 6.00am they will walk 40 kilometres on a route which takes in the key locations of the 1st Airborne Division during Operation Market Garden as part of the ‘Wandletocht’ event, organised by the Municipality of Oosterbeek.  They will walk the 40k route carrying a 35lb British Army ‘bergen’ rucksack replicating the weight carried as part of the Airborne selection process.

During the two-day challenge, WWII veteran John Jeffries’  ashes will accompany Chris and Seb on their journey. Part of the 1st Airborne Division John landed on Ginkel Heath on 18 September 1944 as part of Operation Market Garden.

Chris Willmott, former member of the Parachute Regiment and Taxi Charity volunteer, said, “I have been volunteering for the Taxi Charity  since 2016 and when I  recently heard that some funding that they had been promised was not going to be awarded I spoke with Seb, and we decided that we would try to raise the money that the charity had been expecting. We hope that this first challenge will raise  £10,000  and that we can do more over the next year to raise a total of £45k to help The Taxi Charity  fund future commemoration trips to The Netherlands and Normandy.”

Seb Philp, London Cab Driver, Army Reservist and Taxi Charity volunteer, said, “Chris and I are honoured to be carrying WWII veteran John Jeffries ashes with us during our challenge. John was a much-loved member of the Taxi Charity family, and he always enjoyed the charity commemoration  trips to The Netherlands. We are both confident of completing the challenge and really hope that the period bikes do not let us down!”

Since  1948 The Taxi Charity has supported veterans from all conflicts  and has helped WWII veterans to  return to the former battlefields of Normandy and Arnhem in convoys of iconic London Taxis.

To donate to the ‘Market Garden Challenge’ visit www.justgiving.com/fundraising/taxicharitymarketgardenchallenge

Chris and Seb will be joined on the event by Eveline Kroot, formerly of The Dutch Army and they will be supported during their challenge by London Cab Driver and charity volunteer Danny Shelton, Charity Advisor and Head of the Market Garden Foundation Frans Ammerlaan, and friends Anne Haverman and Erny Van Wilk.

Operation Market Garden was an  Allied military operation during WWII  fought in The Netherlands from 17 to 25 September 1944.

John served with the Royal Corps of Signals in Italy, north Africa, Syria and Palestine. In 1941 he joined the 1st Airborne Division. Landing on Ginkel heath on 18th September 1944 at the Battle of Arnhem as part of 4th Parachute Brigade, John was injured, his life reportedly saved by three Dutch girls who ran over and asked for his parachute to make dresses. He was captured and sent to Stalag XI-B in Lower Saxony. He escaped, only to be recaptured shortly after discovering the German secret Mistel experiment. Returning regularly to The Netherlands to commemorate the Anniversary of the battle and to celebrate Liberation with The Taxi Charity, at the age of 95, John made one last jump from an aircraft . John died in August 2020 aged 98 and with the kind permission of his family, his ashes will accompany Chris and Seb on their journey. 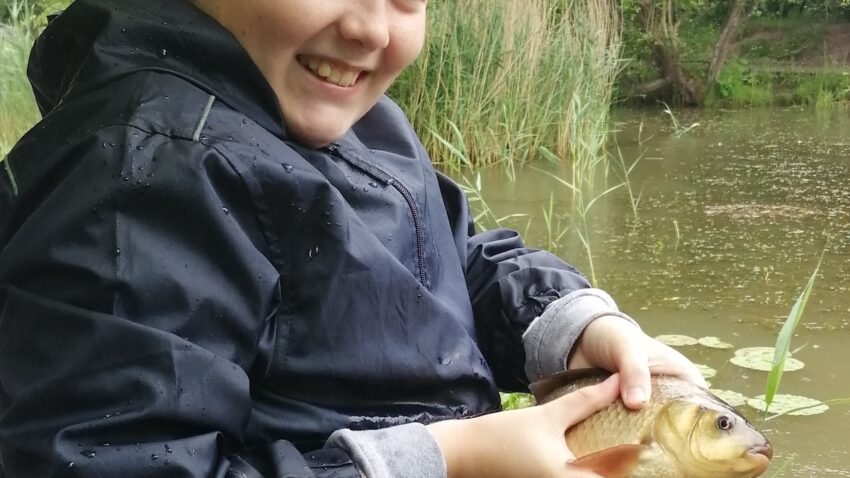 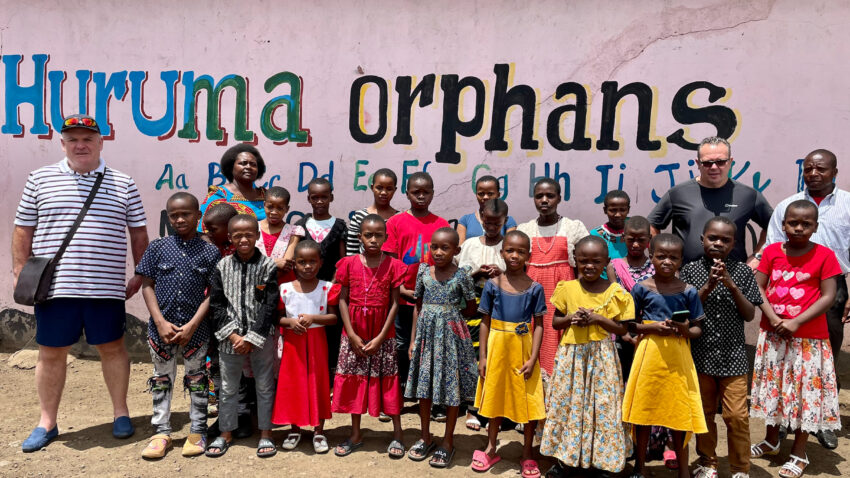 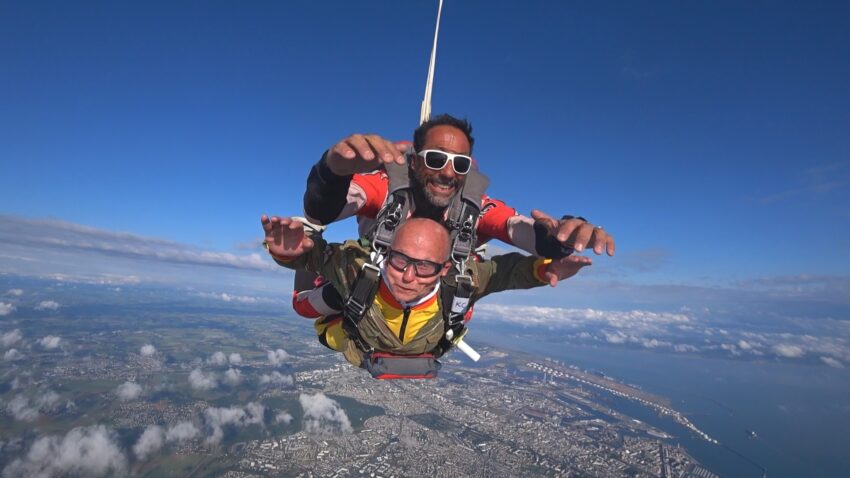